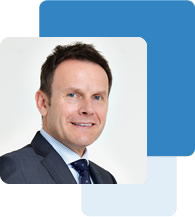 As a Managing Partner, Wojciech Goc is co-responsible for driving the strategic and operational direction of Argan and is a member of Argan's Investment Committee.

Wojciech Goc leads Argan's investment activity in the emerging European markets. Since co-founding the Argan team in 1996, Mr. Goc has led deal teams on transactions spanning various industry sectors in both the Nordic region (GCE, Humana, Janton and Paroc), as well as emerging Europe (AAT, BIM, Hortex and Hungarocamion). He currently sits on the boards of Polon Alfa, AAT, Ren and BiYiDe.

Prior to joining the Argan team, Mr. Goc was a Managing Director and Co-owner of an investment advisory firm located in Warsaw, prior to which he worked in Boston for JMAI, a gas storage and power projects company, and IBM in New York. 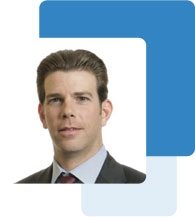 As a Managing Partner, Lloyd Perry is co-responsible for driving the strategic and operational direction of Argan and is a member of Argan's Investment Committee.

Since co-founding the Argan team in 1996, Mr. Perry has developed and led deal teams across Europe and currently leads Argan's investment activity in the Nordic Region. Mr. Perry is the partner in charge of investor relations and serves on the boards of Polon Alfa, AAT, Ren and BiYiDe.

Mr. Perry holds an MBA from The University of Chicago Graduate School of Business and a B.A. from Northwestern University.

Ross Grater is responsible for the ongoing portfolio management of investments across Argan's portfolio.

He is also responsible for the management and monitoring of finance, taxation and compliance for Argan's operations.

Before joining the Argan team in 2011, Mr. Grater worked for Deloitte in London, the Cayman Islands and South Africa where he gained substantial experience in the financial services industry and exposure to a number of mid-market firms.

Mr. Grater is a graduate of the University of Cape Town and he qualified as a Chartered Accountant in 2006.